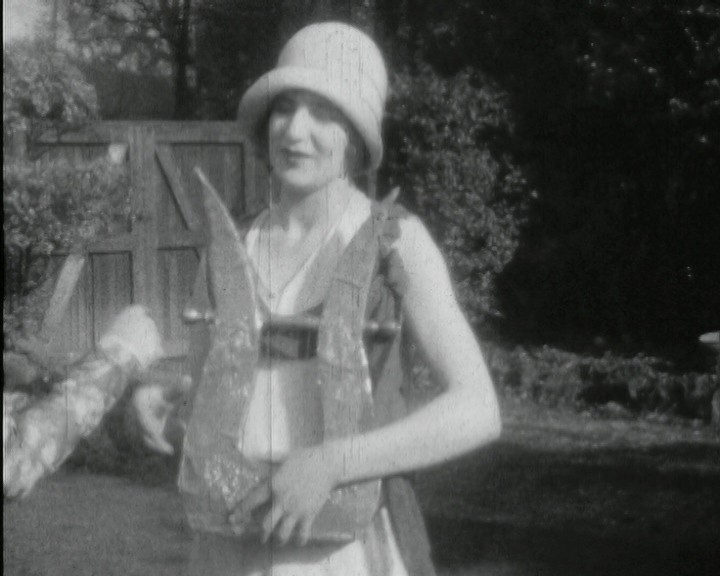 Still from Sally Sallies Forth via EAFA

"Sally yearns for the better things in life. Her mother takes in washing and asks Sally to return some laundry. En route, Sally peers over the gate of a house. She is spotted by the owner, Mrs Bond-Regent, who has just returned from shopping for her niece's garden party to learn that her maid has left. Sally is dragooned into becoming the maid for the afternoon. The film involves Sally's mishaps. The guests, who are all women, include an artist, a musician, an actress, a dancer, a representative of The Simple Life League, and a woman dressed like a man (whom Sally mistakes for a man). Despite her shortcomings as a maid, the guests all see wonderful potential in Sally and try to teach her their respective arts, but to no avail. After being persuaded to smoke a pipe, Sally flees the party and returns home, eschewing the better thing in life" (EAFA Database).

Broadcast in the UK via Talking Pictures TV, 4 August 2020.