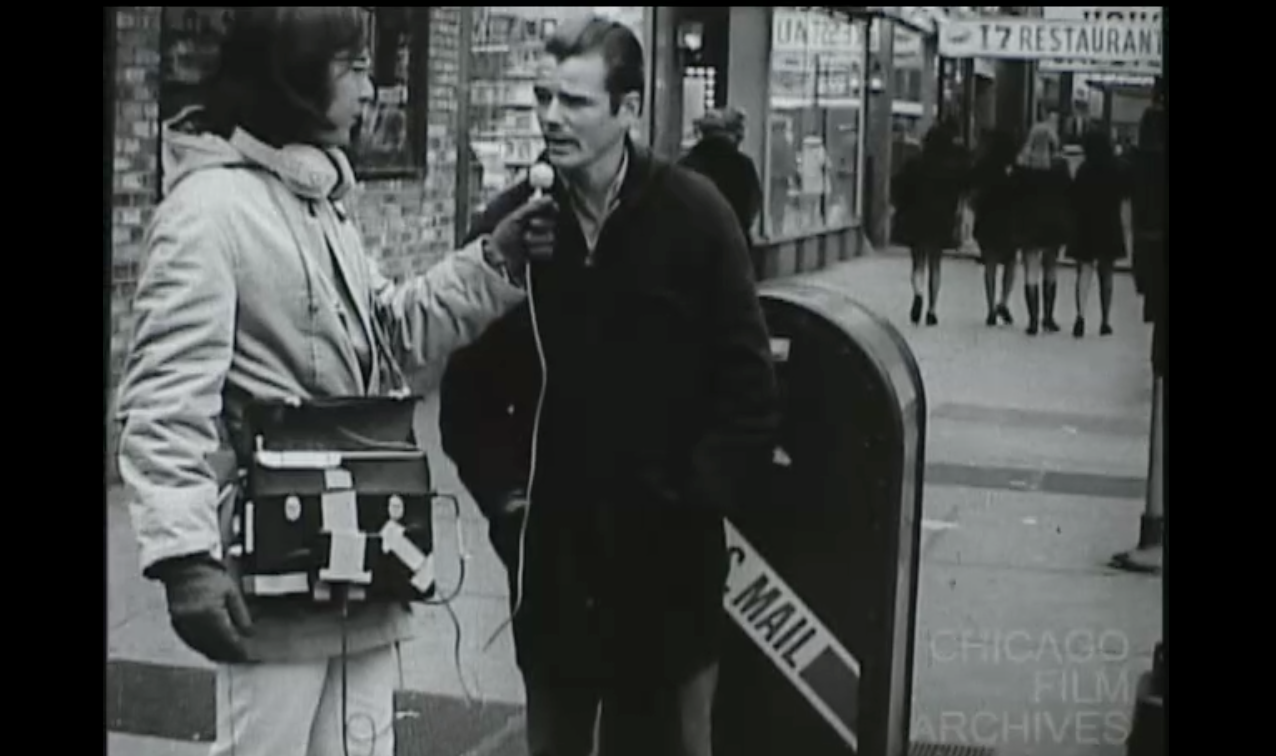 "RATAMATA is a portrait of the diverse opinions of Chicagoans (ranging from high school students to habitual mayoral candidate Lars Daly) as they reflect on the general state of affairs in America, the war in Vietnam, social and racial conflict, freedom and personal liberty, happiness, and social justice." Chicago Film Archives