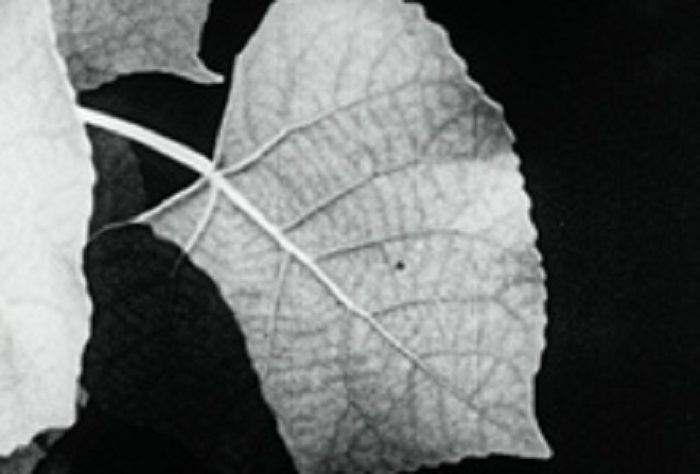 Still from Portrait of a Young Man, via Light Cone.

"Portrait of a Young Man, by Henwar Rodakiewicz, ACL, is a triumph of fine photography and sensitive imagination. Abstract in treatment, and speaking through delicately rhythmed scenes of smoke, leaves, grasses, the sea, machinery and the heavens, this film is an attempt to portray in graphic terms a young man's reactions to the beauty, force and mystery of the natural world. In producing the final three reel version, Mr. Rodakiewicz has filmed deliberately toward the one end for more than three years and in many different locales. Although using largely material to be found in nature, he has so transmuted it, by the creative artistry of his selection and control, as to get from each selected scene, not a mere reproduced likeness, but a trenchant and symbolic image. Portrait of a Young Man is beautiful, exciting, workmanlike and distinguished." Movie Makers, Dec. 1932, 538.

Movie Makers (July 1933, 303) details the high praise the film received after a screening in Leipzig, Germany.