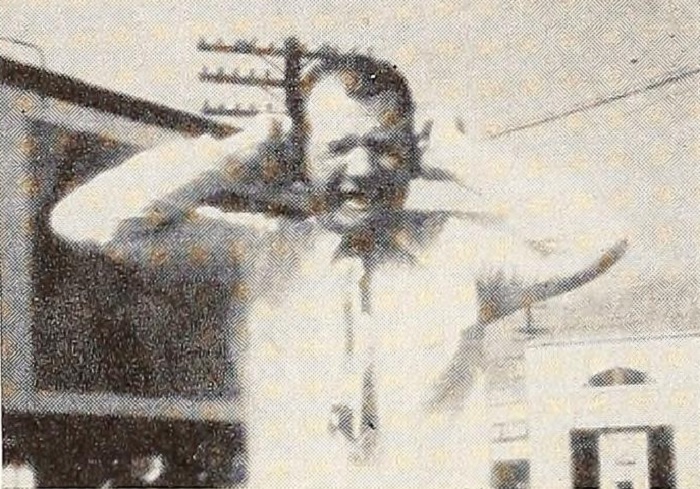 "Believing that he has been betrayed by his wife, the slightly Milquetoast lead character of Near Miss tries all imaginable methods of committing suicide — but without success. In presenting this simple saga of frustration, Barry W. Dance exhibits effective camera viewpoints, uniform exposures, convincing acting and a progression from one scene into the next which is done with precision and pace. Above all he preserves good taste in his plot episodes — a gracious accomplishment all too often slurred over in the strain for comic effect. Near Miss is a pleasant and entertaining farce." Movie Makers, Dec. 1952, 340.