Film Record: Nanook of the North 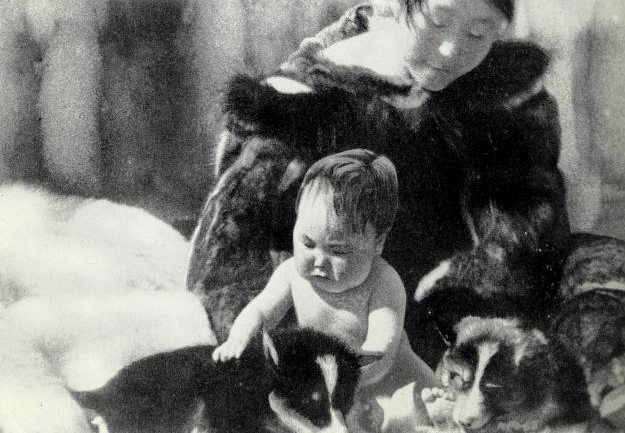 "The filming of "Nanook" was almost an accident. It was not until his third exploration trip into the North in 1913 that Mr. Flaherty packed in his kit the necessary apparatus for making a motion picture of the life of the Eskimo. For a year and a half he lived among them as an engineer and explorer and his admiration for their life, their games, and their struggles, grew on him slowly. He was immersed in enthusiasm. He knew they made fine film stuff. Then, after months of hard work, his precious film was drowned while crossing a rotten ice stream within twelve miles of the journey's end. Undaunted, he made new plans immediately for retaking the picture. His next trip to the North, made especially to take the film, was completely successful. He did away with episodic filming; he built his first camera entity," Amateur Movie Makers, May 1927, 7.

See the The Canadian Encyclopedia as well as a 1922 article by Flaherty himself via David Pierce in World's Work magazine on documentary.org "How I Filmed 'Nanook of the North'". A restored version was available on DVD via the Criterion Collection but now out of print, other versions are available online via Amazon.