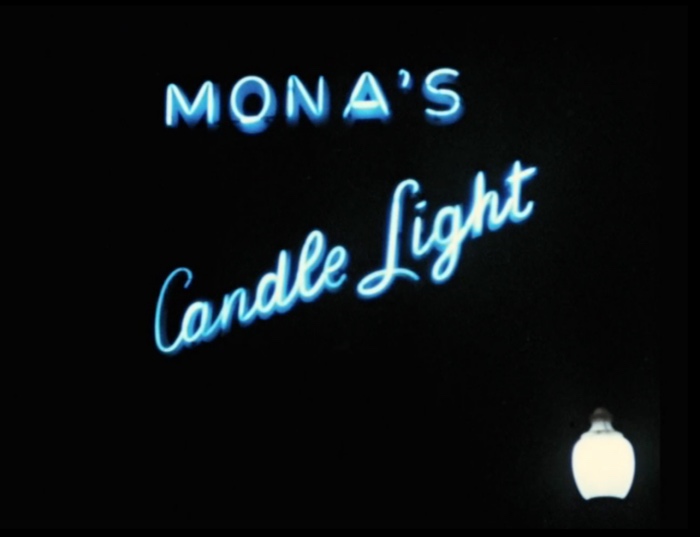 "This all-too-brief film, discovered at a flea market, depicts patrons of a lesbian bar (probably in San Francisco circa 1950) and performances by drag king Jimmy Reynard and singer Jan Jensen, singing American standards, including “I’ll Remember April” and “Tenderly.” A deceptively simple document, it presents exceedingly rare images of queer life on its own turf, and on its own terms, before gay liberation." UCLA Film & Television Archive.

This film is held by the UCLA Film & Television Archive.

"Footage begins with brief establishing shots of the exterior of the bar and its sign as well as the surrounding street. Inside, footage consists of singer Jan Jansen performing two numbers onstage at the front of the bar, with occasional pans to the audience and surrounding tables. In between, emcee Jimmy Reynard (wearing male attire and lipstick), introduces Jansen's performance," via UCLA Film & Television Archive.