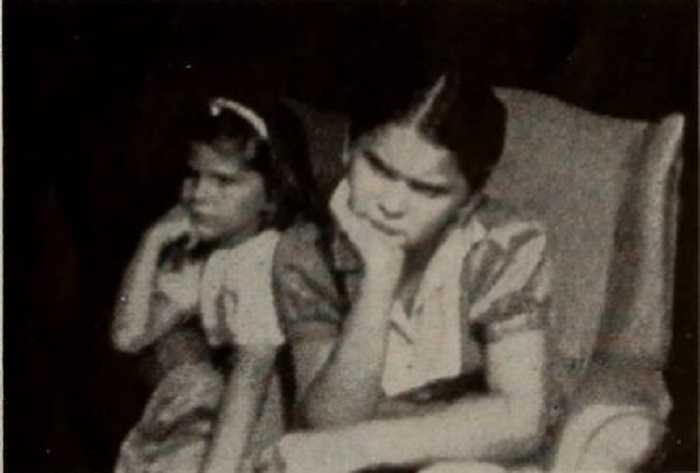 "We had thought satire, especially in films, was a lamented art of the past. Thus it is a pleasure to report that it is back again with a vengeance in March of TV. Following both the visual and narrative patterns originated by the now-familiar March of Time series, Charles E. Coleman has created an uproarious satire on television and the inroads it has made into the American home. Both subtle and devastating by turns, the film leaves no aspect of this electronic marvel unscathed. On the technical side, all departments have been capably handled, with the crisp direction and portentous narration being, perhaps, the most notable. The acting is assured and natural, remaining always within the farcical framework of the satire. Whether you like, dislike or simply ignore the subject which this shortie so sparklingly derides, March of TV is unreservedly guaranteed to keep you in stitches." Movie Makers, Dec. 1953, 332.