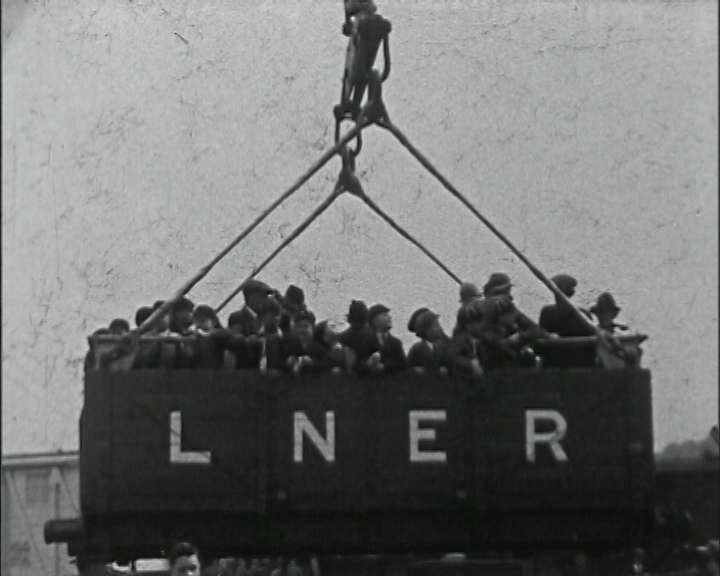 Still from The London and North Eastern Railway Exhibition via EAFA

"A variety of steam engines and carriages are seen around the yard at Thorpe Station, as well as dignitaries making speeches at the exhibition's opening" (EAFA Database).

"Locomotives include: a Claud Hamilton 4-4-0 used to pull royal trains to Sandringham; a tram engine used on dock lines; the steam locomotive 4489 Dominion of Canada; a Gresley A4 Pacific. Coaching stock includes a camping coach, a GER clerestory coach and a very old four-wheel coach. A steam breakdown crane lifts a wheelless truck filled with sightseers over the exhibition site and a diver from Lowestoft climbs into a tank of water. Other exhibits show a model engine on a short track, a demonstration of cutting rails, and a woman working a pneumatic drill. Finally, the East Anglian express, hauled by the steam locomotive 2859, leaves Norwich station bound for London, Liverpool Street" (EAFA Database).