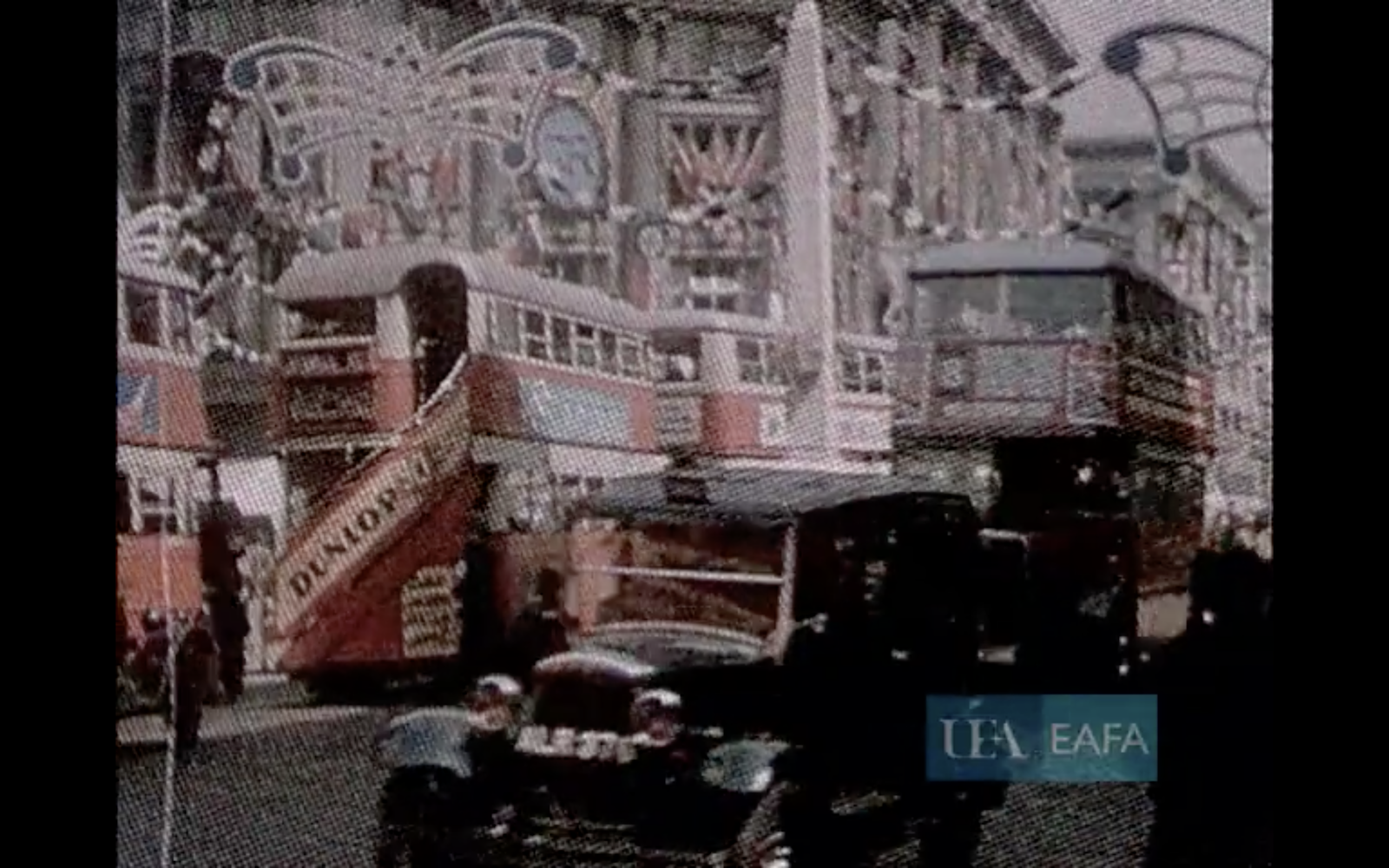 Still from Jubilee Colour at Westminster via EAFA

A Dufaycolor film documenting the Jubilee procession of King George V. The procession was filmed from a window in Parliament St., London, with views down Whitehall past the Cenotaph and across Parliament Square to Westminster Abbey. King George V and Queen Mary pass in an open carriage. Throughout the film various locations around London are documented, displaying the colourful decorations for the celebration. (EAFA Database)