Film Record: Jewels of the Sea 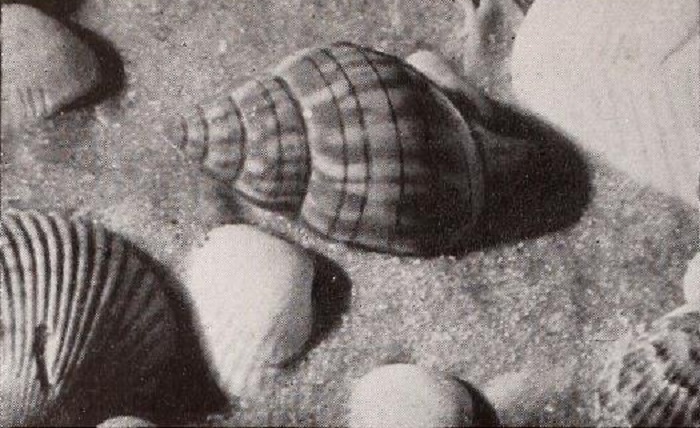 "You may have wandered idly along the seashore and picked up an attractive seashell, but, unless you are a conchologist, you will never know how far an interest in shells will carry you, until you have seen Jewels of the Sea, by W. W. Vincent, jr. This film is a story of collecting seashells. It tells, with freshness and enthusiasm, how shells are discovered on the shore, how they are cleaned and prepared for preservation and how they are studied. On the west coast of Florida, we see hunters searching for specimens ; we visit a shell shop and the home of a collector. The camera, plus color film, reveals the beauty of the specimens and presents intriguing mysteries, for some of the shells were built by mollusks that have never been seen alive. The source of their irridescent beauty is entirely unknown. Jewels of the Sea does not pretend to be an educational film about zoology, but it is informative as well as entertaining, and it is distinguished by flawless camera work." Movie Makers, Dec. 1943, 457, 474.