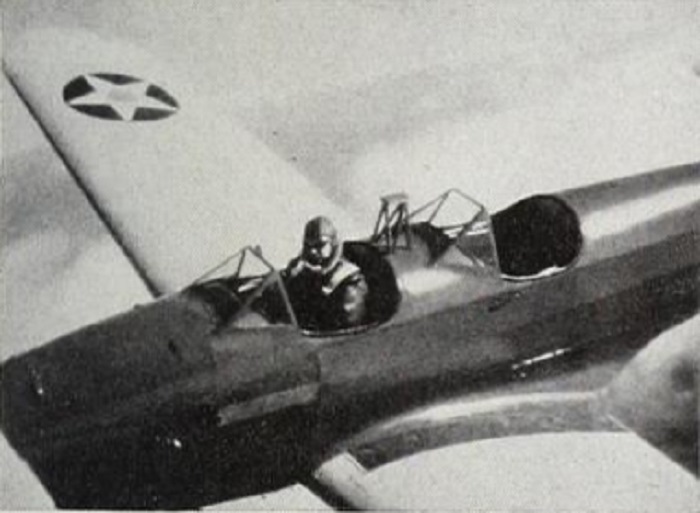 "The sound design and simplicity of operation of the Fairchild PT-19 Trainer are made crystal clear in the film of that name, produced for the Fairchild Aviation Corporation by Willard Pictures. A trade abbreviation for "Primary Trainer, Model 19," the title introduces a slim gold and blue aircraft which has become the familiar of thousands of young men trained in our fighting air forces. The outstanding feature of the ship is its low wing, monoplane design, duplicating (as closely as could be possible in a low powered trainer) the flight characteristics of a 2000 horsepower fighter. The Willard film brings out this point and others with factual clarity and cinematic distinction. The narrative is sparing and straightforward, with sound effects and music held to that wise minimum which does not overshadow the essential message." Movie Makers, Dec. 1942, 508.