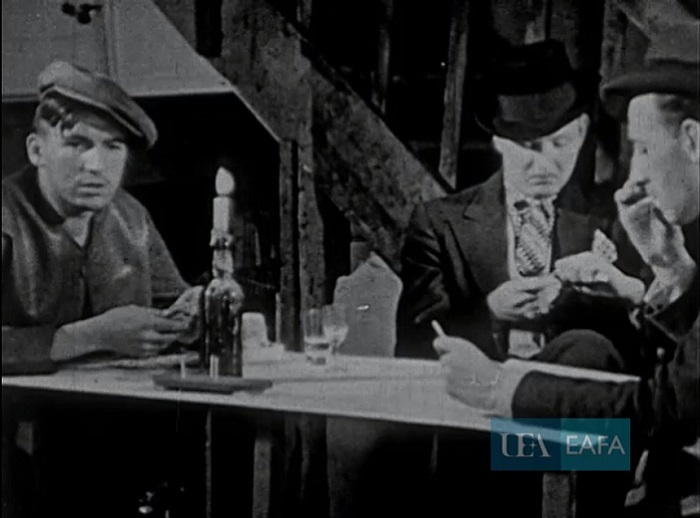 "A tale of greed, murder and passion set in a French provincial town in the 1930s. The focus is a tawdry basement drinking and gambling club. Rejecting the violent advances of a man who returns to her rooms with her, a local girl kills him and is assisted in the disposal of the corpse by her regular beau - a cynical, louche cardsharp. A vigilant detective brings her to court for murder. Witnesses take the chance to blacken her name by giving false testimonies but she is acquitted. Her freedom is soured by her lover's rejection of her and she returns to the streets" East Anglian Film Archive.