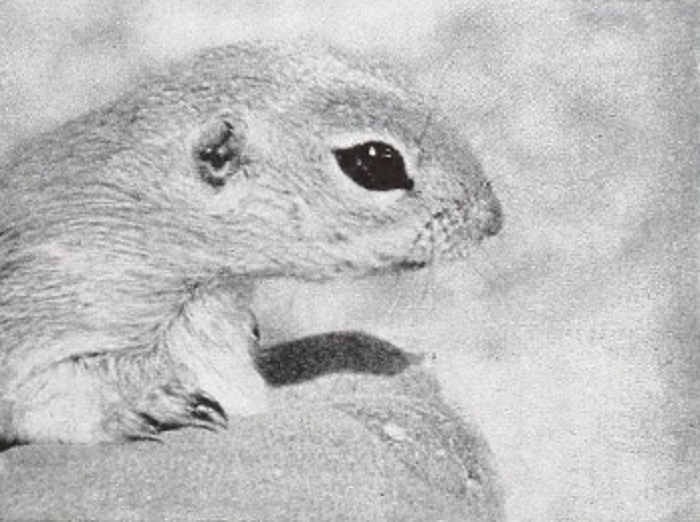 "Desert Life is a painstaking and little short of amazing study of the unusual creatures that make their homes on the American desert. Its thoroughgoing coverage of the subject may be because of the fact that Henry E. Hird is an Easterner who approaches this cinematic exposition with a fresh viewpoint. Every shot in his color movie is clean cut and perfectly exposed, but the really unusual feature of the film is an unmistakable indication of the infinite patience which must have been Mr. Hird's as he stalked his prey. The lizards and reptiles of the desert are all here, just as they move and have their being; the gila monster, the little, darting lizards and the snakes, including the strangest of rattlers, the "side winder." The desert rodents are represented, too. Most remarkable are the ultra closeups which show the fangs of the rattlesnake and how poison is extracted from them. The deadly black widow and other spiders pose for closeups, too, in this comprehensive film. Then, to show the desert's beauty as well as its danger, there are some excellent flower shots." Movie Makers, Dec. 1941, 563.