Film Record: Dad and I Took a Walk 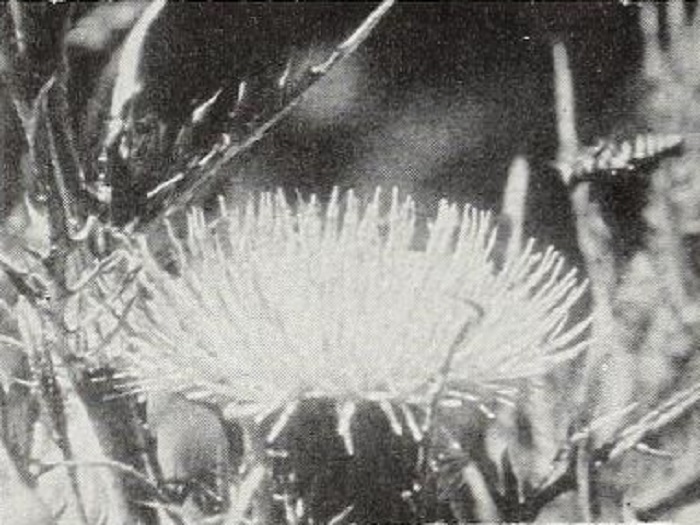 "The recipe for a film like Dad and I Took a Walk sounds simple enough. You take equal parts of Father and Son, add a cupful of scenery, season with judicious pinches of natural science — and cook till done. The secret, apparently, lies with the "cook till done" section; so much depends on the cook. But W. W. Vincent, jr., is a good chef, to judge by the results from his cinematic oven. In clean cut, tripod steady Kodachrome, he and his son are seen roaming the pleasant Wisconsin landscape, with nicely timed pauses to point out, one to the other, a nesting robin, a praying mantis or a bright snake asleep in the warming sun. As the two men discuss their finds, spoken titles are double exposed against appropriate backgrounds or the pages of a bird manual are inserted naturally in full frame closeups. Dad and I Took a Walk is an attractive blend of personal filmdom's most popular subjects — field, family and fauna." Movie Makers, Dec. 1942, 508.