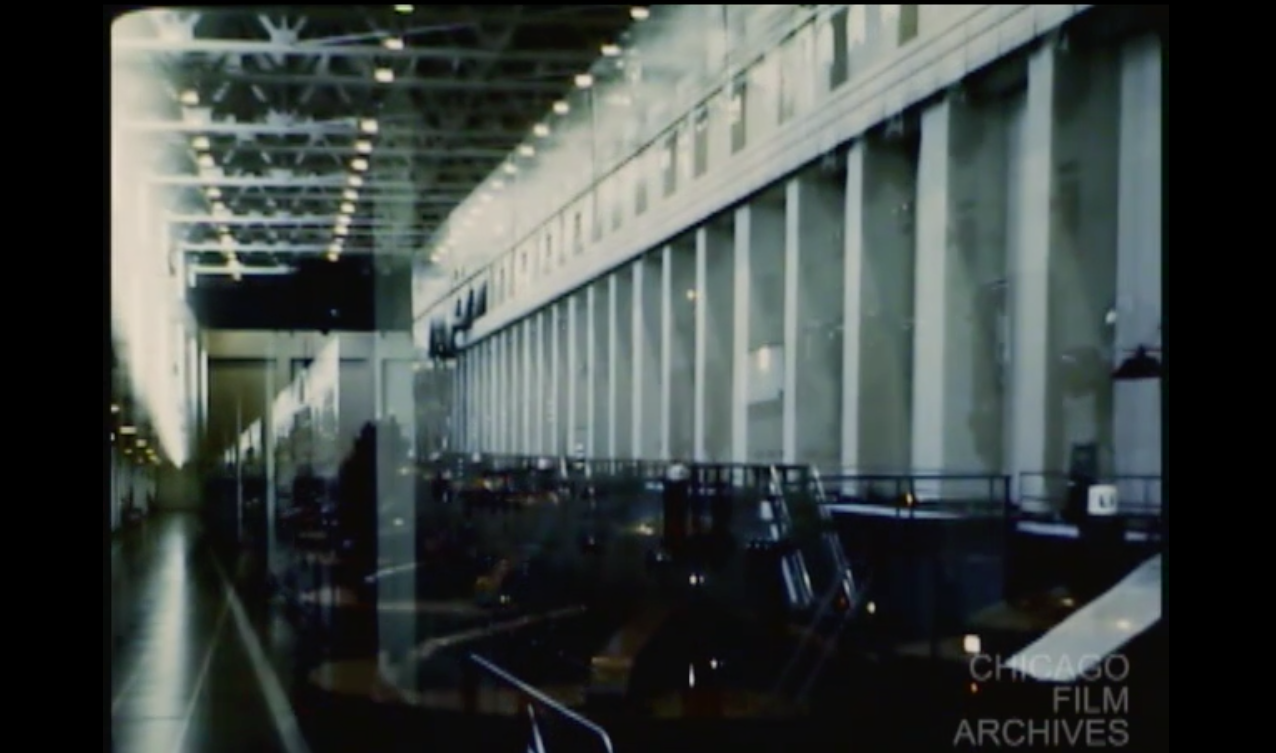 "Edited travelogue footage of a trip down the Columbia River. Along with scenic views, industrial processes are documented such as harvesting grain, canning salmon, making plywood and the factory production of sweaters." Chicago Film Archives

"PART 2/2 00:15 - PAN of river and mountains in British Columbia, with a factory and town in view. Follows the process of making sheet metal, MCU of the man pouring liquid metal and cutting it. CU of metal pouring and bubbling. Bars of metal being stacked. 02:24 - Motorboat on water and scenic views of mountains in the clouds. Animals by the river; moose and bear. Camping next to the river in MLS; cooking, laundry, bathing, casting. 05:19 - TS from a boat. HA, ELS view of the Grand Coulee dam with shots growing progressivly closer until it is in CU. Inside an unidentified building, with stills. Scenery; PAN of field of grain, view of a canyon and river from an overlook. Var view of and from boats; ELS, TS of shoreline, HA MS. 09:43 - Dogs in a field with sheep and shepherd, MCU of sheep. Harvesters reaping grain in MS. Var. views of the motorboat and river, in the rushing water of the Celilo Falls area. Local Native Americans pose for a picture. Dipnet fishing for salmon. Var. views of dam and canal system. MS of boat passing through locks. CU of fish ladders. Two women at an overlook, PAN to view of river and hills. 15:53 - In Portland, Oregon. Footage of a factory process of weaving sweaters; skeins of yarn, CU of spinning machinery, sheets of fabric, CU of women cutting and assembling details. Two women model swimsuits in LS and MCU. A large walled garden in var. PAN views with CU on a peacock, koi, flowers and LS fast motion of a man taking photographs. 20:44 - Scenery around and on Mt. Hood. LS of the peak, flowers. TS from a chair lift up the mountain, men walking in snow on the mountainside. In Vancouver, Oregon men act out a scene on the street where they are falsely arrested for parking their boat at a meter and are locked up at a pretend jail amongst amused onlookers. 24:20 - Making plywood in Longview. ES PAN of river to factories in the distance. Stacks of logs roll into the water in LS, are stripped in a factory in MCU and turned into sheets of plywood. A machine cuts knotholes into them, men stack the boards. A yard with trucks and machinery moving stacks of boards. 27:38 - PAN of coast in Astoria in ELS, boats in a harbor. The process of canning salmon on an assembly line, from whole fish to CU of cutting the fish and packing cans. Var. conveyor belts of cans travelling down a line. 30:26-32:12 - Mountain scenery, PAN. Montage of brief views of nature; flowers, birds, waterfalls, clouds, motorboat on water. Ends with an extended PAN of a placid lake." Viewing notes by Chicago Film Archives