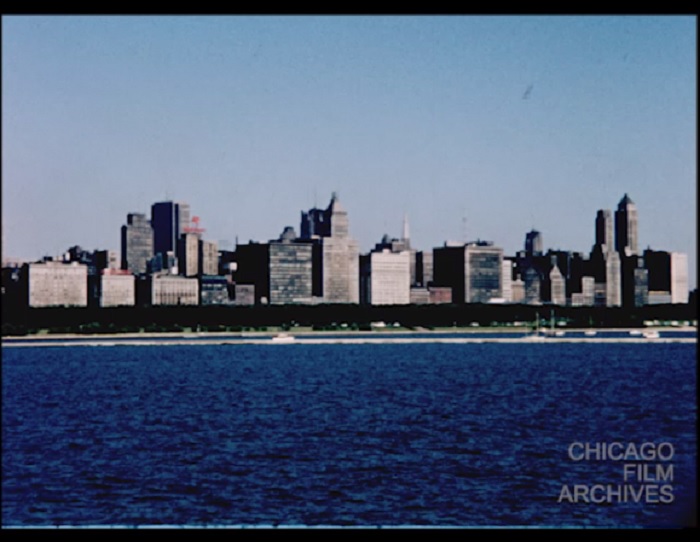 The Chicago skyline over Lake Michigan, as seen in Camera on Chicago (via Chicago Film Archives).

"This film is 'a love letter to the city' from Chicago native and filmmaker Warren E. Thompson. It is a continuing effort to record some of the events, characteristics, problems and glories of Chicago. Footage includes architecture, sculpture, housing, Lake Michigan, Chinatown, parades, Maxwell Street Market, and the people of Chicago. Thompson captures life and culture from the most affluent to the poverty stricken." Chicago Film Archives.

This film is a part of the Warren Thompson Collection held by Chicago Film Archives.