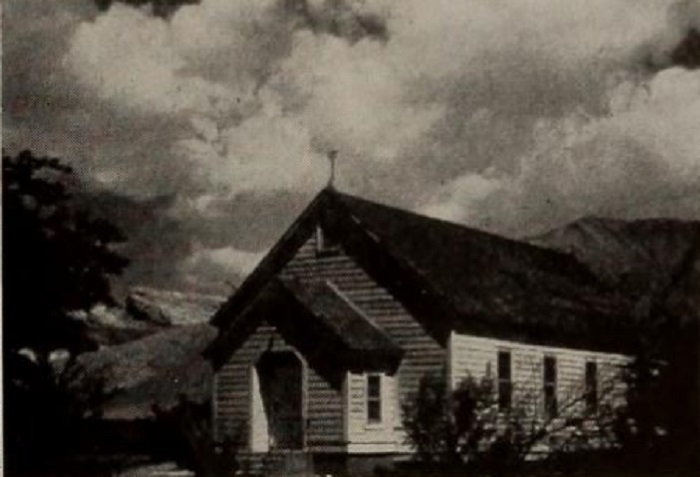 "In Caineville, Glen H. Turner has now turned his camera on a Western ghost town, and with moments of sheer movie magic, he has brought it to life again. The slow turning by the wind of the leaves of an abandoned school book, and the slow pan to initials carved on a schoolhouse desk, evoke as if he were alive the youngster who carved them. In another scene, done with consummate smoothness, Mr. Turner shows an abandoned street on which a schoolboy, with books over his shoulder, slowly materializes into solid form — and then dissolves again into thin air. Surrounding Caineville always are the brooding mountains and the ever-encroaching river which implacably seeks to destroy the last vestiges of the crumbling village. Caineville is a triumph of imaginative creation over static material." Movie Makers, Dec. 1953, 320.

Dallin's score and musical sketches for the film are a part of the Leon Dallin Collection held by the Sibley Music Library.