Film Record: By The Garden Steps 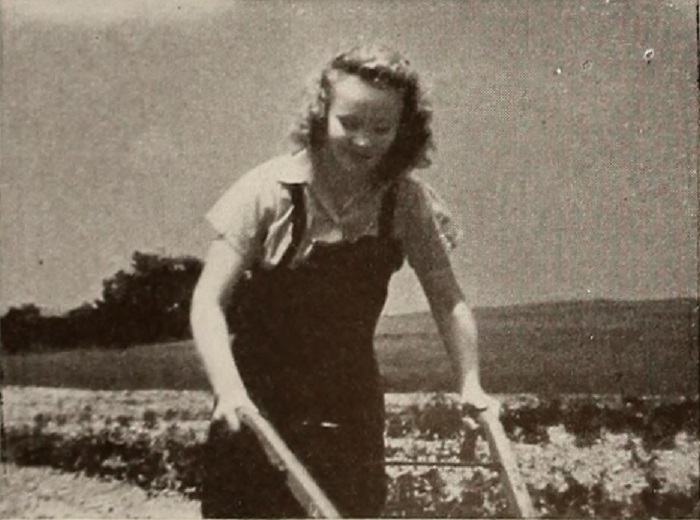 "Ross M. Gridley, filmer of By the Garden Steps, is an agricultural teacher who knows that many films used in education are, although they need not be, dull. He writes that he wanted "to prove that it is possible, as well as desirable, to increase interest by adding a touch of drama to instructional films, without losing any of the teaching value from a scientific standpoint." With this very sensible idea, Mr. Gridley tells the tale of three sisters who grow a 4-H Victory Garden. When they have worked away long enough for the audience to realize that a little more footage will be repetitive, the story shifts to a couple of youngsters who are shooting at targets. By means of a toy airplane which is given rough treatment as a Nazi invader and which the girls mistake for a new kind of garden insect, the boys meet the girls. Finally, prize day comes, and the boys add an unexpected tribute to the girls whose tomatoes are honored. In cinematography, in handling subject matter and in the capacity to fit teaching objectives into the methods of movie making, Mr. Gridley has done a sound piece of work. Girls who see the film will catch the idea and will wonder if they, too, should not have a Victory Garden." Movie Makers, Dec. 1942, 507.