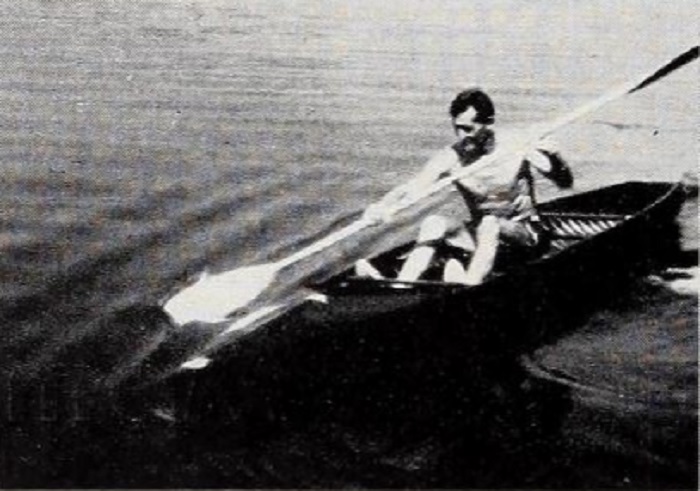 "There are precious few sails in this production which William Messner has called Blades and Sails. But there is a powerful lot of cinema in its smooth 650 feet of Kodachrome. And there is a wealth of flashing blades. The blades are bandied about by Ernest Riedel, a gaunt length of rawhide and muscle, otherwise known as the national, international and Olympic canoe champion. During the smoothly plotted course of Riedel's exposition of canoeing techniques. Mr. Messner demonstrates his own championship calibre behind the camera. His angles are so right as to seem effortless — though you suspect they're not. His follow-through is as deft as a sweeping blade and his cutting as crisp as a speeding birchbark. Blades and Sails is informative, entertaining and sound cinema — which is quite a combination in any man's movie." Movie Makers, Dec. 1951, 410.