Film Record: Behind the Bale 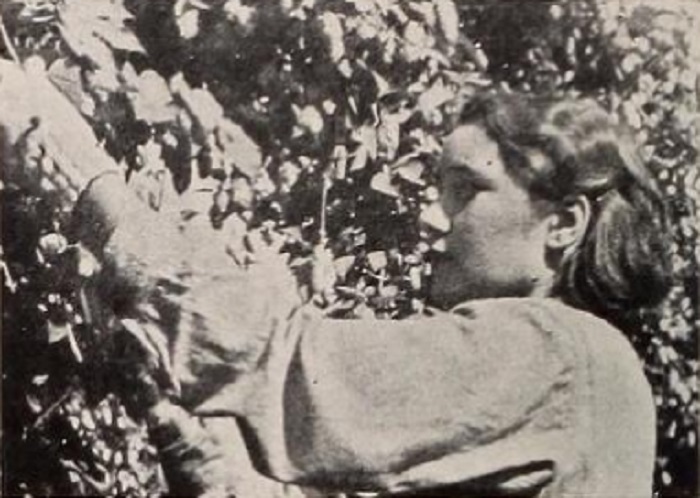 "Paul Thompson's Behind the Bale would be an amazing performance for a large studio, equipped with many facilities and numerous staff members, and this is true by reason of the exceedingly careful collaboration between the film editor and the comment writer. For a small producer of industrial pictures, Behind the Bale is a triumph in the technique of post recording, as well as a beautifully made picture that would stand on its own feet without narration and with relatively few titles. A Northwest brewer wishes to make it clear that the quality of hops has much to do with the quality of beer. Therefore, Mr. Thompson shows us the Yakima (Wash.) Valley briefly and then gets down to the special crop which the film pictures. We follow hops through planting, growing, picking and baling, in a Kodachromatic exposition that has rare beauty, and we end with four men enjoying the beer of Mr. Thompson's client. In the entire course of this fine piece of cinematography, there is a wizardry of cutting the film to fit the narration — and the reverse — that produces exposition timed with scene in a fashion that would do credit to the best industrial filmers anywhere." Movie Makers, Dec. 1941, 564.

Produced for the Yakima Brewing Company.