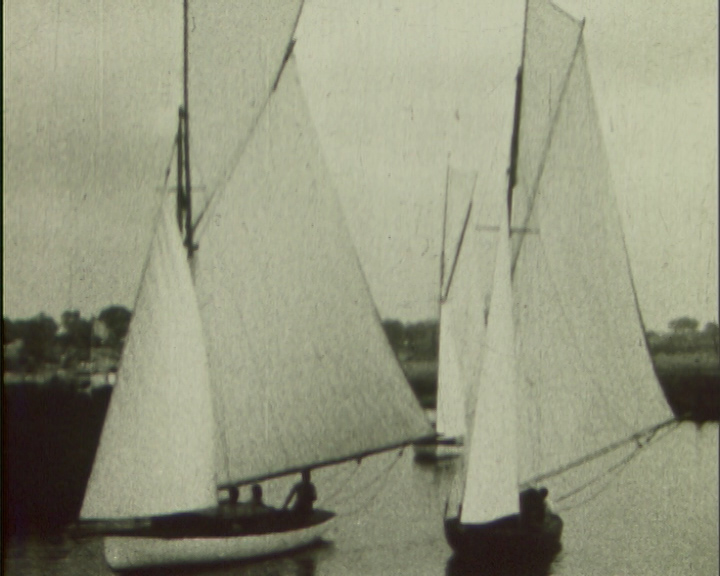 This film is held by the East Anglian Film Archive, Norwich, UK.

"The scene is set with a variety of shots showing the starting line and sailing craft moving around, at first in very light airs, then with more wind. Most of the boats are heavily canvassed Boards cruisers, with some day boats including Broads One Designs. The dinghy racing starts with International 14s tacking on the river. Race officials are seen at work breaking out a flag. There are shots of spectators, some of whom are watching from boats. The Broads One Designs pass in a race. Some of the crews are attired in blazers and yachting caps. Not everyone finds this completely absorbing as there are a couple of shots in which men are reading the newspaper. There are some shots of ponies in a nearby field before coverage of another racing class in the Regatta. The next part of the film features a ladies swimming race in the river. There is also a diving competition taking place from stagework outside Darby's boatyard. The diving competition is intercut with scenes of a fun fair and spectators strolling along the riverside path. There are more swimming races and then the film ends with general shots of the river and the wider area" (EAFA Database).