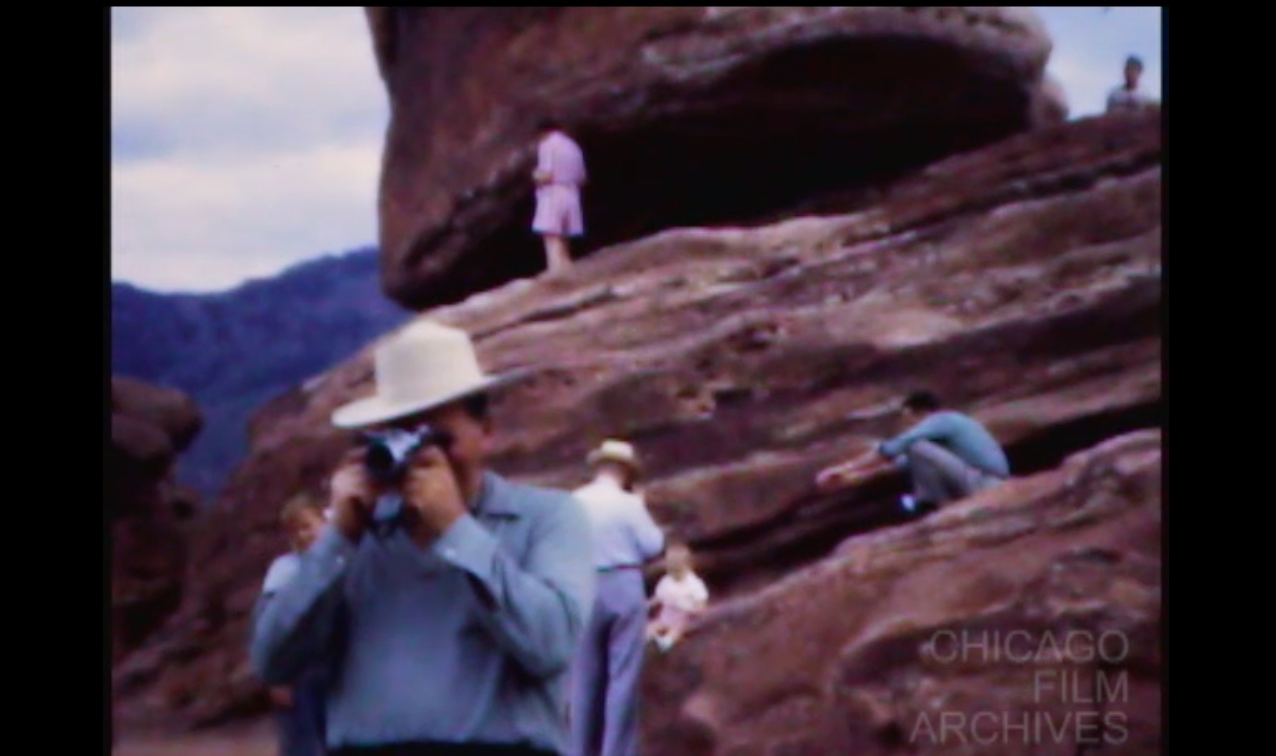 "An amateur film made by and starring the husband and wife duo, John & Evelyn Kibar. After receiving numerous travel brochures in the mail, the Kibars begin reflecting on all the possible destinations they could visit - including Colorado, Bryce Canyon National Park and Jackson Hole, Wyoming. Actual travelogue footage shot by the Kibars acts as our reflective imagery, while title cards with dialogue are dispersed throughout the film." Chicago Film Archives