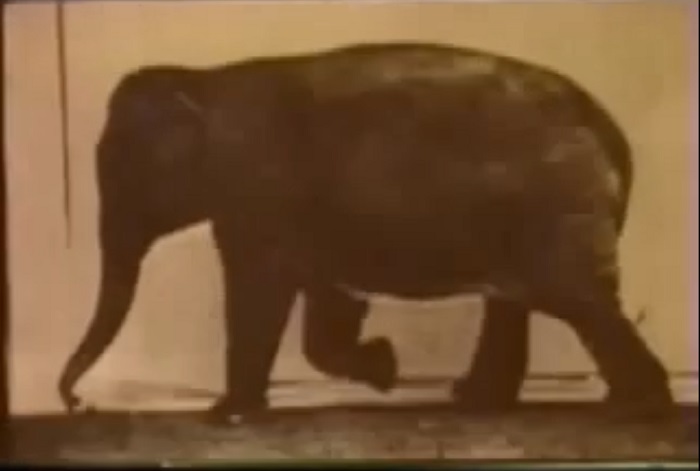 Still from Animals In Motion.

"Between 1877 and 1885, an English photographer, Eadweard Muybridge, conducted detailed experiments analyzing human and animal motion using rapid photography. In 1968, John Straiton took the published works of Muybridge and created from them a fascinating and hilarious film. A tribute to the serious maker of the first nudie before the invention of movies." Canadian Filmmakers Distribution Centre.

Animals In Motion record on CFMDC.