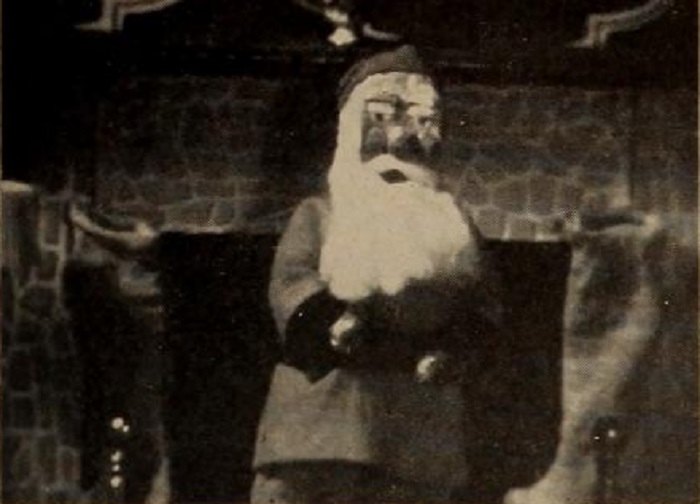 "Taking the familiar 'Twas the Night Before Christmas as a theme, Bert Seckendorf and Vic Watson have put together an appealing children's holiday film combining live action with animation. The live action interludes show a father reading the poem to his young son on Christmas Eve, with the familiar lines superimposed at the base of the scene. These connectives then fade out to miniature sets in which animated figures re-enact the well known story of St. Nick. The film suffers from some underexposure and uneven animation in places, but it offers a very pleasant holiday item." Movie Makers, Dec. 1949, 455,468.