Film Record: Meshes of the Afternoon 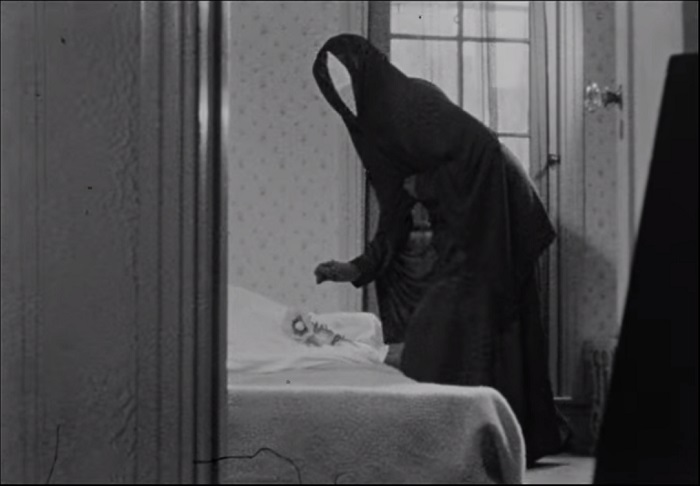 Still image from Meshes of the Afternoon.

"Meshes of the Afternoon is experimental in nature and exciting in its cinematic development. In it, the producers — Maya Deren and her husband. Alexander Hamid — have been concerned with the inner experiences of an individual. Although one sees on the screen the familiar backgrounds and impedimenta of physical existence, the events which transpire among them, through a summer's afternoon, portray subjective feeling rather than objective incident. Miss Deren's creative use of her camera to suggest these emotions blazes new and stimulating trails in pure cinematography." Movie Makers, Dec. 1945, 497.

Discussed by Deren in "Efficient or Effective?" (Movie Makers, June 1945, 210-211, 224-226). In the article, Deren makes a case for "imaginative filming," offering technical filmmaking advice with reference to Meshes of the Afternoon.

In 1959, Teiji Ito, who was married to Maya Deren at the time, created a musical score for the film.

Record of Meshes of the Afternoon on the Museum of Modern Art's website.