"The Red Ring, from Japan, tells the story of a young girl who buys a red ring and buries it on the hillside. Years later, as a young woman, she retells the story through flashbacks. Finally she goes to dig up the ring to tie in with the glimpses of herself as a young girl" PSA Journal, Aug. 1967, 37. 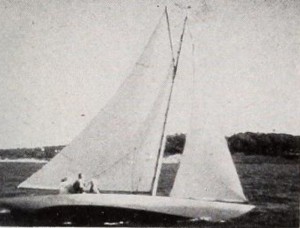 "In Reflections, Henry E. Hird has followed the intelligent practice of revising footage shot when film was more plentiful, with the result that he has created a new and interesting synthesis by editing. On a winter evening, a man reflects on the joys and adventures of a past summer. Of an athletic disposition, he has swum, sailed and hunted. Interested in wild life, he has observed and filmed birds. From time to time, he adjusts a radio, to find music that expresses the moods of his reverie. Finally, he turns off the radio, the musical accompaniment ceases and the film ends in silence. With excellent cinematography and with a nice editorial sense, Mr. Hird has gathered interesting events into an entertaining whole." Movie Makers, Dec. 1944, 496.

"An archaeologist on an excavation finds a glass cube that allows him to see into the past where he sees an Egyptian Princess standing in a garden." Sacramento Public Library.

"This film discloses, concisely and with cinematic dexterity, what passes in the mind of a dying soldier in a shell hole in Flanders. The three memories flashing back to the suffering doughboy were well done and the film as a whole disclosed the best sense of cinematics revualed bv anv contender in this division." Photoplay, Nov. 1929, 67.