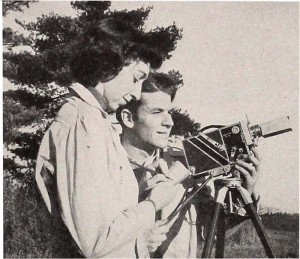 Also known as Budge Crawley. Frequently collaborated with his wife, Judith Crawley. Founder of Crawley Films, based in Ottawa, Canada. An article in the 1982 issue of Cinema Canada states that Crawley was a former accountant turned filmmaker and his company Crawley films introduced 16mm synchronized sound to filmmaking in Canada.

Crawley's filmography on CESIF.
See article by James A. Forrester in the 1982 June issue of Cinema Canada which outlines the background and history of Crawley Films.