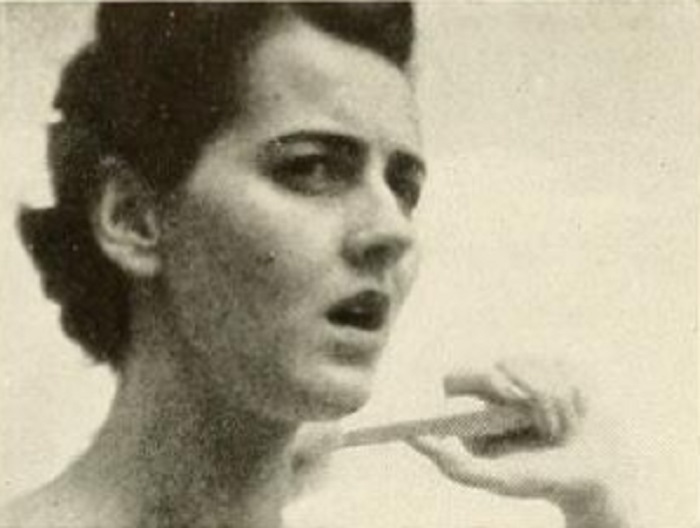 "Three Wishes is a fantasy, done by Earl L. Cochran with a delightful touch of originality. The story is told in footage that is relatively brief, yet clever editing and planning make it thoroughly complete. Here we have the familiar legend of the fortunate mortal who is given exactly three wishes by a supernatural power — and what happens when these three wishes are granted. The feat that Mr. Cochran accomplished was to tell such a story humorously and effectively, but without resort to complicated camera trickery. Except for one double exposed scene of the inevitable jinni which is evoked by rubbing a silver teapot (and this is a very good shot, too!) the film tells its story with straight cinematography. While the interior and exterior technique of scene recording, including a shot of an auction, was completely adequate, the outstanding feature of this film is its story telling quality, accomplished by careful cutting. An excellent performance was given by the single lead character of the photoplay, while the brief appearance of the jinni was very expertly handled." Movie Makers, Dec. 1940, 600.

Cochran describes a "portable titler" device he used for this film's titling in American Cinematographer (May 1941, 234).