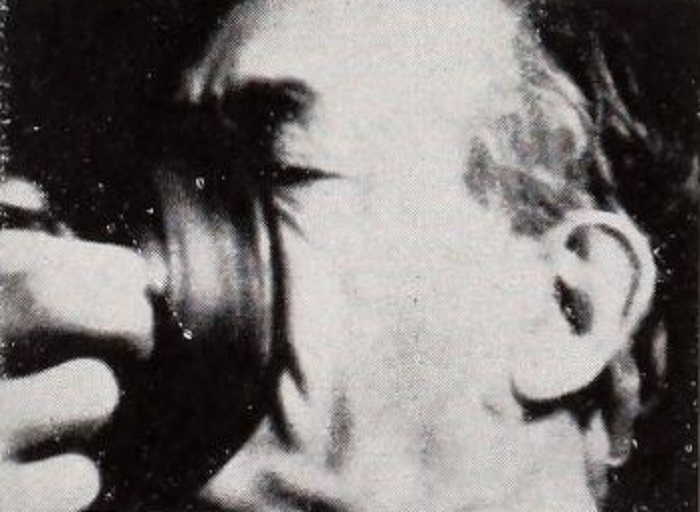 With music and narrative to be read during projection.

"Ernest Kremer has produced, in The Silent Alarm, a film dealing with the first aid duties of the volunteer fire department of East Hempstead, N. Y. — hence, the "silent" alarm. The picture opens slowly, showing first aid training ifor newly inducted members of the department, but it builds to a remarkable climax in a sequence of the firemen using an inhalator on a badly suffering asthma victim. This closing sequence was filmed during an asthma attack from which the department, working heroically throughout the night, actually saved a man's life." Movie Makers, Dec. 1944, 496.

The film is mentioned in "The Clinic" (Movie Makers, Feb. 1945, 60), which reveals how the filmmaker created a telephone sound effect for the film.