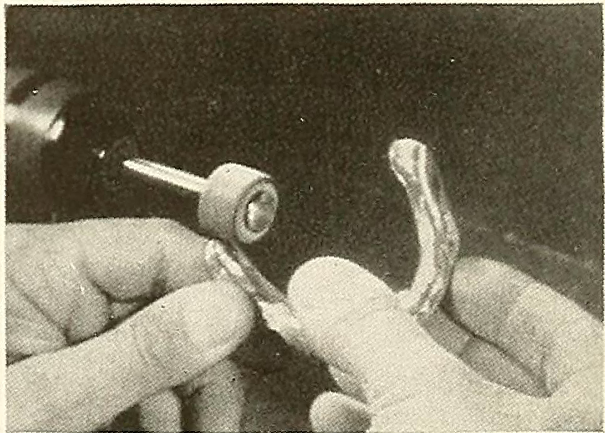 "The term, "perfect," is not one to be given lightly, but The Ackley Lower Impression Technic, a dental study, earns such comment, because there is no other word that fits. Harry Coleman, the producer, here shows a complete mastery of the camera. The film, of greatest interest to dental technicians, carries brief, double exposed titles that make each progressive step thoroughly clear to those versed in the phraseology. The titles appear at the proper time, superimposed upon the scene but out of the field of action, thus serving as a visual commentary. To anybody who is interested in dental filming, this movie might well serve as a model of a technical film, for it features extreme closeups, work in areas of the mouth difficult to film and a lighting technique indicative of real study and much experience. The exposure, especially important in showing the slight variations of color in parts of the mouth, is unusually accurate. Rarely does one see so satisfying an accomplishment in films of this specialized type." Movie Makers, Dec. 1941, 564.