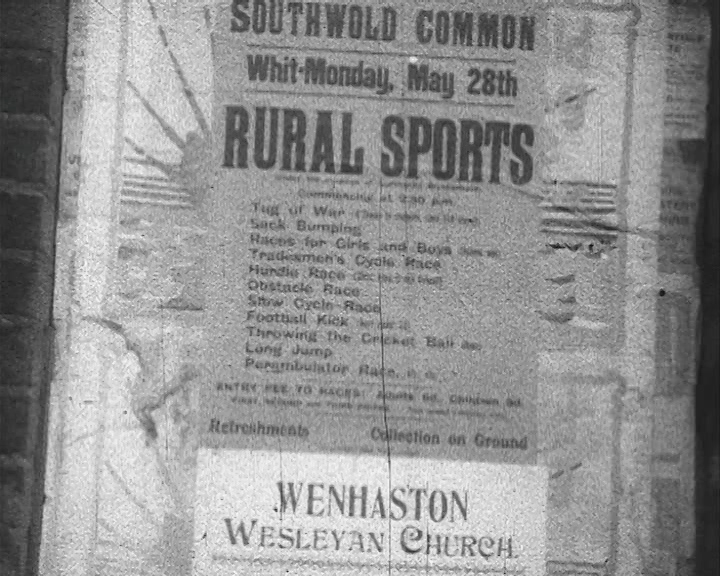 Still from Rural Sports via EAFA

"This is a record of a rural sports day held on Southwold Common on Whit Monday, 1928. (Identified on a still of a poster.)" (EAFA Database).

"On May 28th 1928, Whit Monday, Barrett filmed the races and prize giving of the “Rural Sports”, held on the common. These sports had flourished before the First World War, and this was an attempt to revive them. Although on the film everyone seemed to be enjoying themselves, these Rural Sports were not held again. Barrett Jenkins was pleased with the results of his filming, and so continued" (Cleveland 2009, 139).

"The film begins with the officials marking out the track. Sports include an under-5s race, a 3 legged race, the high jump, a fathers' race, an obstacle race, a sack race, a tug-of-war and egg and spoon race, a bicycle race and a slow bicycle race. At times Southwold Church and Southwold Lighthouse can be seen in the background. The film ends with the prize giving ceremony" (EAFA Database).