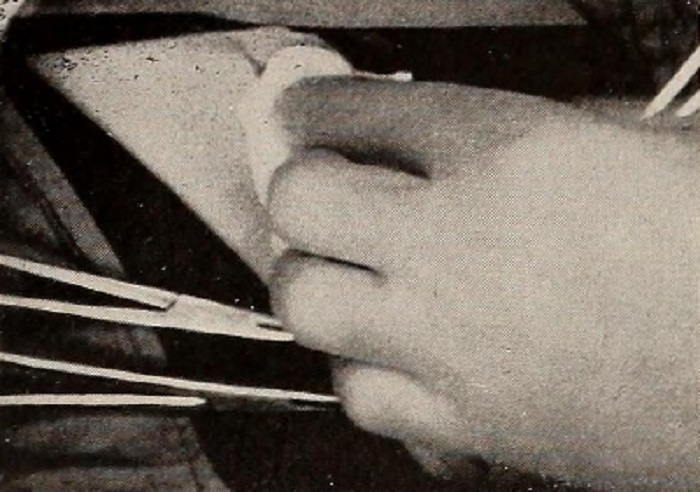 Still image from Repair of an Indirect Inguinal Hernia in Movie Makers, Dec. 1946, 471.

"Extreme clarity and freedom from the shadows frequently encountered in medical films mark the technical details of the surgery shown in Dr. Vincent Vermooten's Repair of an Indirect Inguinal Hernia. Dr. Vermooten was, from the beginning, acutely conscious of the problems involved in bringing the proper light sources to bear upon a complex operation in which every bit of motion possesses great significance. To make certain of a steady and complete lighting scheme, he constructed a special platform above the operating table. Floodlights, closely bunched about the platform, left no possibility of inadequately lighted areas. The result is a record of an operation, masterfully pointed up by lighting, which should prove invaluable for instructional purposes." Movie Makers, Dec. 1946, 488.

Discussed in "Practical Films" (Movie Makers, Nov. 1946, 427). The mention notes that the operation seen in the film was performed at Brooke General Hospital in Fort Sam Houston, Texas. The film's title is listed as Repair of a Right Inguinal Hernia in the mention.