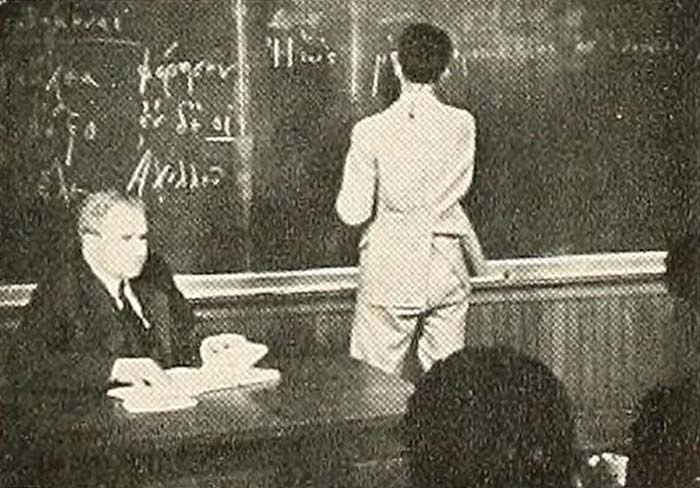 "The title of Pomfret Today, produced by the T. W. Willard Motion Picture Company, gives a clear impression of the subject matter of this recent addition to the Willard tradition of fine school films. Produced for the Pomfret School, in Connecticut, the picture provides a pleasant portrait of a gracious institution carrying on its work amid settings of quiet beauty. Studies, sports, hobbies and recreation — all are recalled here in sequences marked by a wealth of warm color and distinguished technical ability. A directly planned continuity is neatly edited and adequately titled, in a subject designed primarily for alumni screening." Movie Makers, Dec. 1937, 630.

Made by the T. W. Willard Motion Picture Company.

"Twenty one thousand, five hundred reproductions of frame enlargements from the motion picture, Pomfret Today, were used by that New England boys' school in a recent report of progress to alumni, says Theodore Westermann, of the T. W. Willard Motion Picture Company, in New York City, producers of the film. Designed as a documentary study of Pomfret School of the present day, with the hope that it would stimulate among alumni a feeling of friendly nostalgia, this 1200 foot, 16mm. Kodachrome record is a quiet pattern of beauty, rightly slow in pace and treatment." Movie Makers, April 1937, 198.