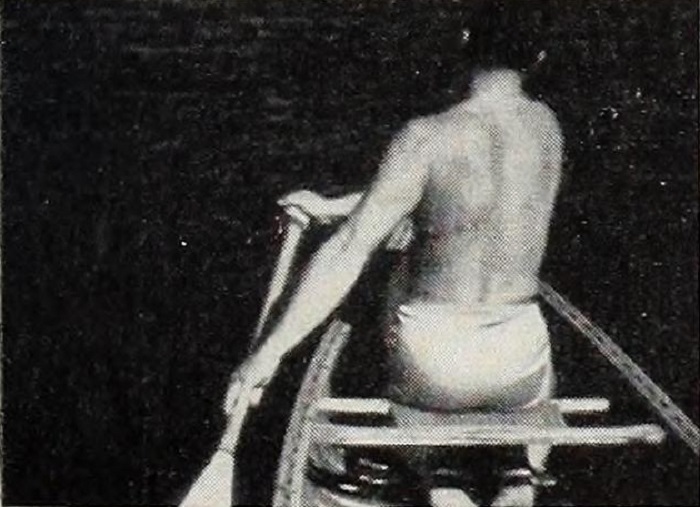 "To realize that paddling bow position in a canoe can be the sole subject of an entire film should surprise any reasonable movie maker. But when you consider that Paddle Up Front! is a physical-education teaching film, it is not so surprising. Naturally, the continuity treatment is repetitious, as all teaching-film plans are likely to be. But C. Roy Terry, jr., production director, ably demonstrates that the person who occupies the forward position in a canoe has an important job when it is done properly. The photography by Ellis A. Ring is workmanlike, particularly in cross lighted scenes which point up the muscle movements in various strokes by the paddler. The didactic narrative seems unnecessarily obvious in places, but it probably is justified when one considers the specific purpose of the film." Movie Makers, Dec. 1950, 468.

Produced in association with the Springfield (MA) College Department of Audio-Visual Education.