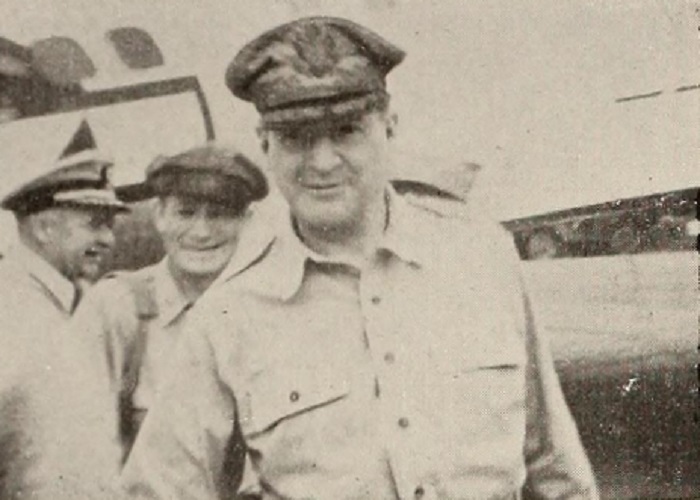 "When Lewis B. Sebring. jr., went from the United States early in 1942. as a war correspondent accredited to General Douglas MacArthur's headquarters, he wisely left his camera at home. There was no telling what dangers and difficulties lay ahead. Months later, after the Japanese had been driven back across the Owen Stanley Mountains, after the battles of Buna, Salamaua and others, there seemed to be more time and opportunity for personal movie making. Happily, Mr. Sebring managed to borrow a good 16mm. camera, and New Guinea Newsreel is one of the exciting results. Keyed by the expert titles of a news writer, it presents a series of well rounded sequences on such colorful subjects as a visit by General MacArthur; a cine interview with Major Richard I. Bong, top American air ace of the war to date; an informal exhibition of Japanese souvenirs, and a moving Easter service, somber against the gray dawn of a New Guinea foreshore." Movie Makers, Dec. 1944, 496.