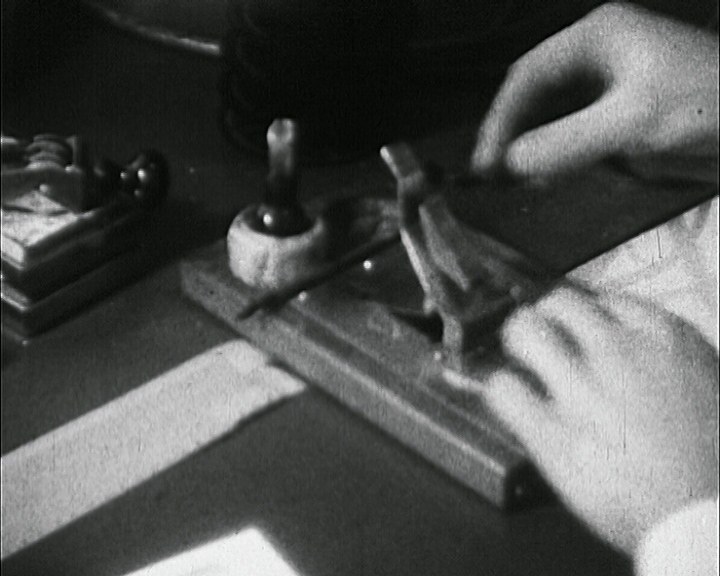 Still from The Morning Delivery - Selo Processing via EAFA

"A film featuring the staff, equipment, and key activities involved in the process of developing and printing Selo film at a laboratory. The viewer is guided through the different stages of the process with a step-by-step visual demonstration by Selo staff, accompanied by intertitles, providing information, and separating the scenes. The entire administrative and technical process is recorded, from the moment the used film stock arrives at the factory, continuing with the preparations made in the darkroom, before the chemical processes of developing, fixing, and washing takes place in the laboratory. The specific tasks of drying and measuring using industry-standard equipment, operated by hand, are next. In the printing laboratory, the negative is inspected and a Schustek 16mm printer is used. Intertitles explain the technical process of adjusting the light intensity when printing the film. In the spooling room, the printed positives are examined, and leader is cement spliced to the film. Title cards are produced. The completed film is projected and viewed. Each developed positive and negative film is skillfully wrapped, placed in a film can, packaged together into a Selo box and sealed, ready to be dispatched to the customer. A shot of many Selo Film boxes showing address labels completes the film" (EAFA Database).