Film Record: From This Day Forward 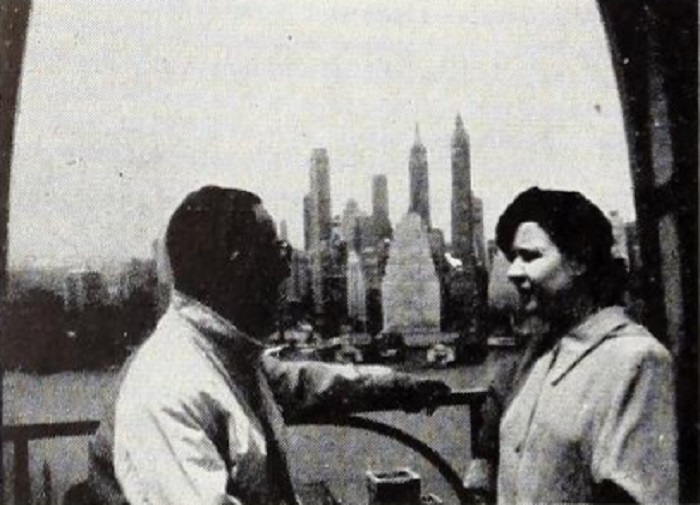 "There have been in the past, and will be in the future, a number of fine amateur films portraying the great moment of marriage, the ecstatic happiness of the honeymoon. But these films have featured, by and large, the young in age those blythe favorites of the Gods of Love with whom no fervor can seem foolish, no endearment an awkward jest. Not so in From This Day Forward. The protagonists here are people of adult experience and mature mind. But though no longer young in years, they are superbly and inseparably young in spirit. This quality, as well as good taste and graciousness — which are overtones more often missing with the young — illumines each charming foot of From This Day Forward. Othon Goetz enhances this spirituality in every phase of his production. His impeccable camera work seems to glow — where another's would merely sparkle. His compositions are so inevitable as to seem effortless, while his editing adds pace to an already attractive picture." Movie Makers, Dec. 1951, 410.