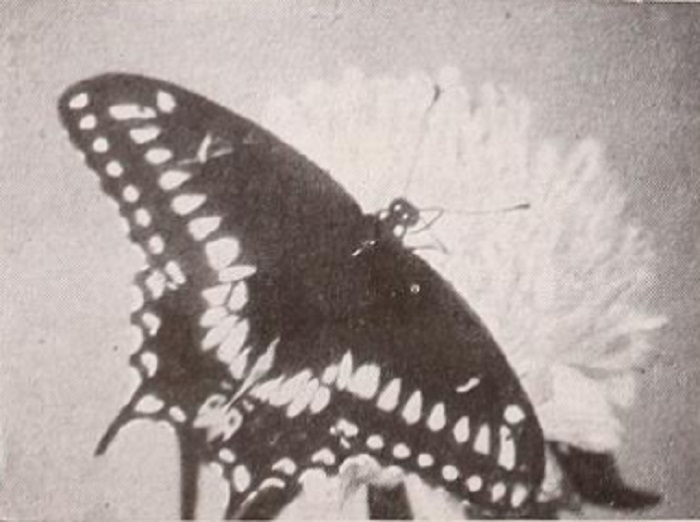 "Butterflies are John Larson's subject in this carefully planned and filmed record of the life cycle of the lepidoptera which are the Frail Children of the Sun. We are shown the beauty of the highly colored flower visitors and their varied and geometrically startling decorativeness, in footage of comforable length which fixes our interest on the movie's main topic. This is then elaborated in sequences that are not only excellently recorded in Kodachrome, but that give real information about the brief but eventful existence of the butterfly through its various incarnations. The film ends with more footage of the beauty of the summer and of the butterflies that add to that beauty." Movie Makers, Dec. 1943, 477-478.