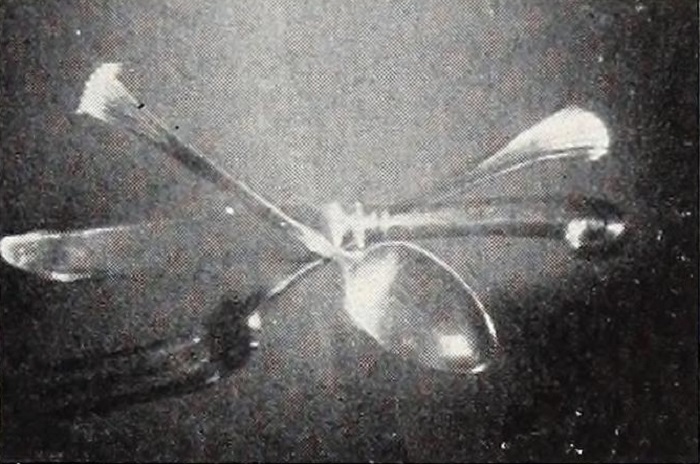 "Color, light and movement are skillfully and pleasurably combined in Jose M. Pavon's Form in Motion, an experimental film that "experiments" in the best sense of that word. Employing such simple properties as shower curtains, knives and forks and Mexican glassware, Mr. Pavon has used both his camera and his imagination to great effect. Unfortunately, the film from time to time moves beyond the subject matter limits set up by its title, an inconsistency which mars slightly the overall impact." Movie Makers, Dec. 1950, 467.

Record of the film on BFI. The film was available in the Cinema 16 distribution catalog in the 1960s.