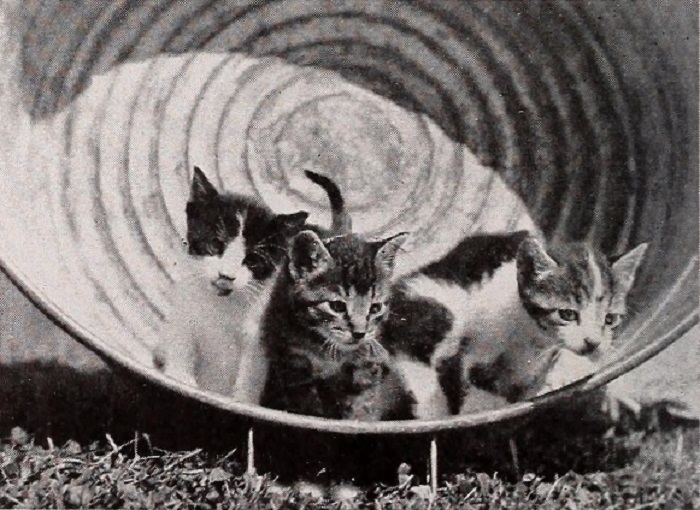 "Recording a modern dairy on 8mm. film is no mean accomplishment, and Helen H. Loeffler deserves special praise for her explicit coverage of the operations involved in running Randall Farms. Miss Loeffler's carefully composed frames and neat subtitles give one a clear picture of the various stages, from milking to bottling. She has overcome the murky interiors of the barns and farm buildings by able lighting, while her pasture sequence at the conclusion of the film shows the sleek cattle at their best. Conducted Tour is a mature record film, tightly edited and presented with polish." Movie Makers, Dec. 1947, 536.