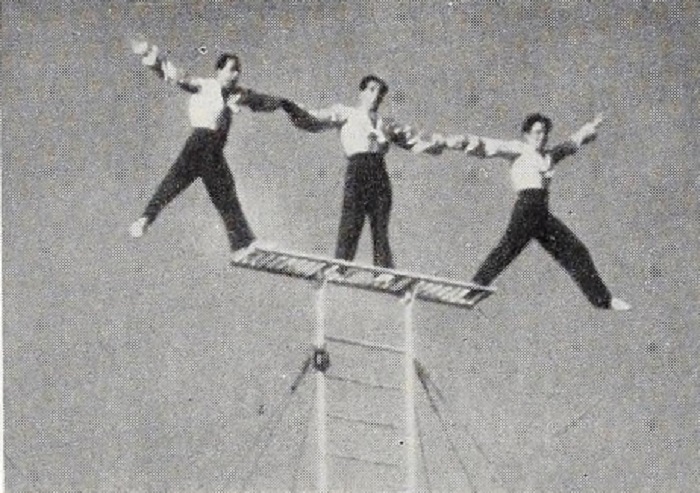 "Tackling the circus in broad daylight is a brave undertaking for the most advanced amateur. The lack of dramatic lighting and exciting colors found at night exhibitions or in darkened auditoriums puts the burden of making an interesting film squarely on the filmer. George Merz, in his Circus Time, has overcome these obstacles ably and with imagination. Highly competent camera work and excellent editing mark every foot of Circus Time. When the action threatens to lag, Mr. Merz knowingly inserts audience reaction shots of high human interest. A colorful musical score adds an extra fillip of excitement to moments that might otherwise become static." Movie Makers, Dec. 1950, 464.

Merz describes how to create a zoom effect for film titling with reference to Circus Time in "Zoom Titles Without Zooming" (Movie Makers, March 1951, 77-79).