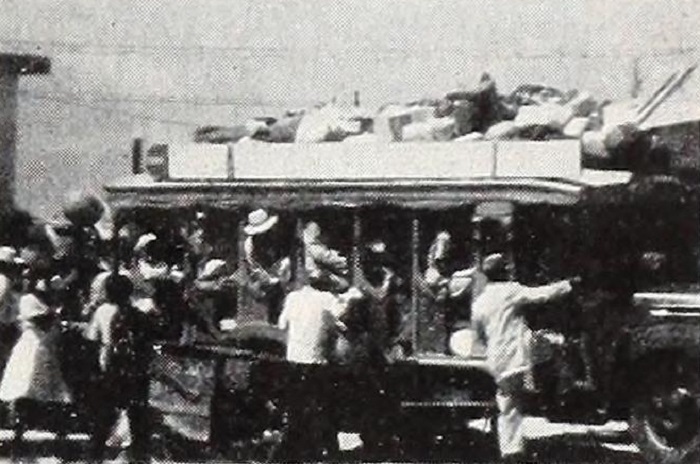 With music and narrative on tape.

"Fifty-odd owners of small Cessna planes take off from Milwaukee in the dead of winter to pay a flying visit to the principal points of interest in Guatemala. Dr. Herman A. Heise has made a competent and consistently interesting record film of the journey, while his wife furnishes a bright, informal commentary. The capable filming is happily complemented by well-paced editing and a suitable scoring of native Guatemalan music. On occasion, however, a too matter-of-fact pictorial approach and a few over-precious details in the narrative detract slightly from the overall excellence of Caravan to Guatemala as a record film." Movie Makers, Dec. 1950, 466.