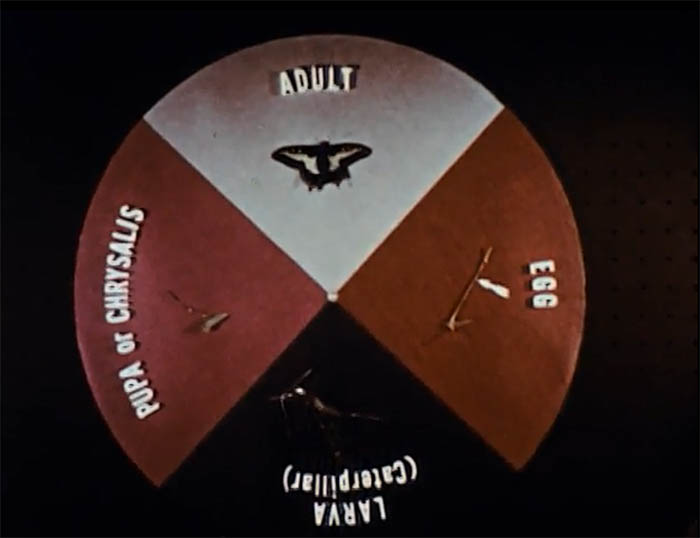 Still image from The Butterfly with Four Birthdays

"The Butterfly with Four Birthdays is a well done documentary on the life cycle of the Anise Swallowtail (Papilio Zelicaon). The Zelicaon, often mistaken for the Monarch, lives in the Western United States and lays her eggs on the anise plant, also known as sweet fennel. From the egg comes the baby caterpillar, thirdly the pupa or chrysalis stage, and finally, on its fourth birthday, the butterfly. This film also received the MPD Nature Film Award" PSA Journal, Sept. 1965, 50.

See a 2004 New York Times article which likens the film to a David Lynch work in "A One-Man Band Who Created an Oeuvre" by Matt Haber.