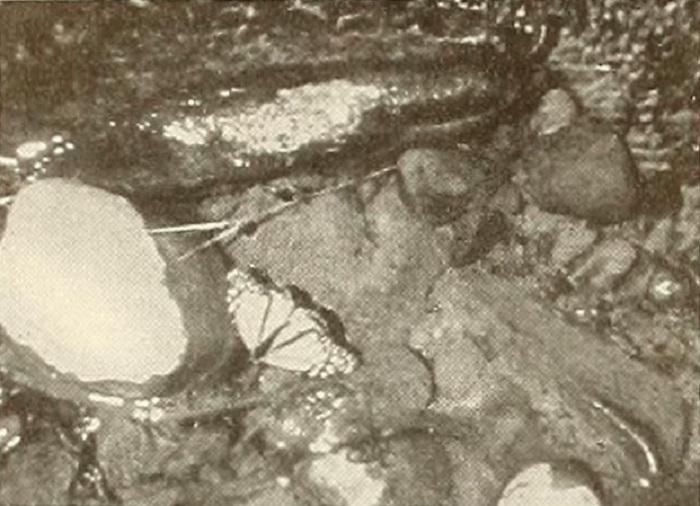 "The very great faculty of Robert P. Kehoe for seeing natural beauty and giving it an individual and entirely original expression in film enables him, in Brookside, to reach a new height in cinematography, because he has added to that faculty an attention to the business of continuity. Like Tennyson's Brook, Mr. Kehoe"s film starts to go somewhere, keeps going and gets there, while we who watch the going see, by the brookside, some of the loveliest — but tripodless — footage of water, flowers and woodland that any landscapist could want to come by. The final sequence of Mr. Kehoe's picture has a tragic tenderness that is almost too poignant, since he has filmed the funeral progress down the darting brook of a lustrous butterfly that ventured too close to the water and was sucked into it. With wings outspread, the little body goes past us into '"yesterday's ten thousand years" as the film ends." Movie Makers, Dec. 1941, 565.