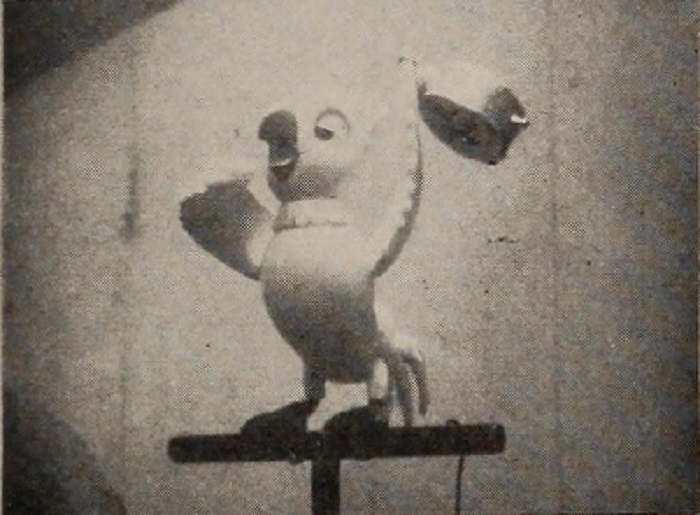 "Animated figures have seldom been presented with such meticulous technique and in such clever situations as are executed by Clifford Bach in Breakfast in Bed. A perfectionist to the last twitch of an eyebrow, Mr. Bach has achieved exceptional realism in the movements of his small figures by painstaking frame by frame exposure and expressive camera viewpoints. His story follows the efforts of a cocky little cockatoo, Windy, to prepare breakfast for his master, Professor Whiffle. Windy's ingenuity overcomes all obstacles in a series of neatly motivated and genuinely amusing "gags." Mr. Bach's persistence and eye for design indicate a bright future in the field of animated movies." Movie Makers, Dec. 1947, 536.