Film Record: Blossom Forth the Fruit 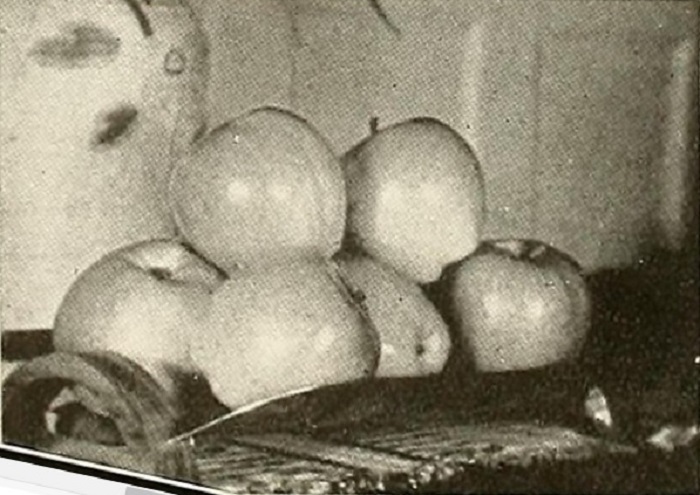 "Blossom Forth the Fruit is a straightforward, well made, carefully planned and well exposed instructional film, which tells how to care for apple trees and their fruit in all stages of growth. Its maker, William R. Hutchinson, has a thorough knowledge of apple growing, and he also had the collaboration of specialists from Cornell University and the Farm Bureau. The clear presentation of all the phases of treatment that are necessary to insure the growth of fine fruit is noteworthy. From the technical point of view, microscopic color studies of insects, parasites and blights furnish excellent examples of ultra closeup technique. Methods of spraying and other protective treatment of the fruit are shown in clearly presented detail. Because of its clear presentation and uniformly high technical quality, this film is worthy of the highest commendation." Movie Makers, Dec. 1941, 564-565.

Discussed in "Practical Films" (Movie Makers, March 1941, 141). The mention notes that the film took seven months to produce, and lists collaborators on the project.