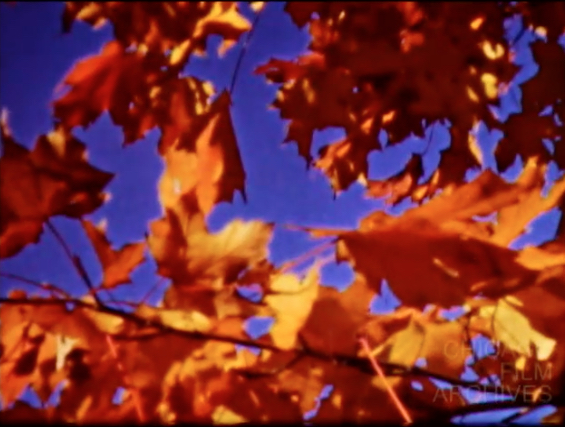 "John R. Kibar has taken the subject of recording the hues of a fall countryside and has lifted it above the familiar medley of garish color. With an interesting variety of viewpoints and an artist's eye for compositions, he has achieved the flowing, rhythmic mood of nature in her most popular season for color filmers. Particularly in shots of trees reflected in streams and the sprightly dancing of golden leaves in the wind has Mr. Kibar surpassed the usual run of nature studies. Autumn Glory is replete with movement, but closeups of a colorful branch of berries or stocks of thistle against the sky serve as punctuation for the longer sequences. A human touch is added by including an artist in occasional shots, as he sketches the scenes shown in the major part of the film." Movie Makers, Dec. 1946, 486.