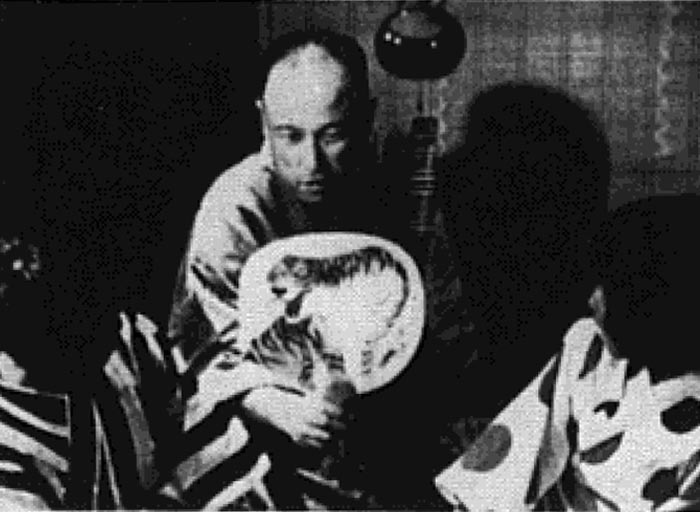 "A delightful bit of drama filmed by Kazuo Nakamura again illustrates that one does not have to travel far from his home to film a picture. This was filmed in Japan and one may assume that the maker had the cooperation of a local dramatic group. Mr. Nakamura has shown his skill and accomplishment in the finished product. It is a story within a story. The father tells his young son and daughter about the legend of the arrow which comes from nowhere to fall upon a roof. That home must sacrifice a daughter to some unknown person which in the story is a terrible old tiger. The animal, in the disguise of a man meets his fate at the hands of a god who disappears as mysteriously as he had appeared, while the villagers dance and celebrate their freedom. The children are now fast asleep. Although their native language is heard throughout, the story is easily followed. The costuming and acting are superb in their simplicity." PSA Journal, Nov. 1957, 32.