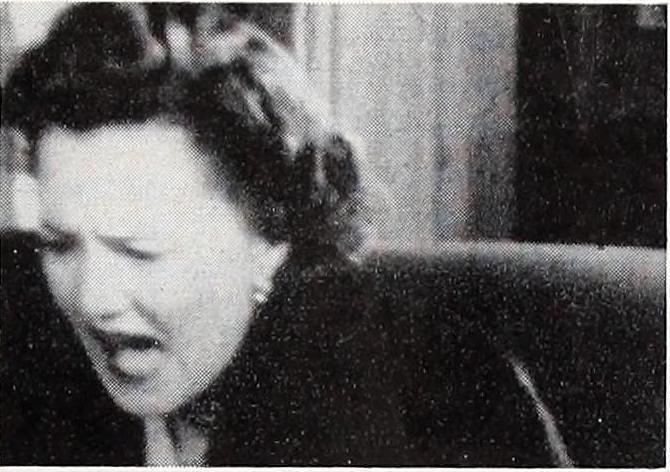 "What happens when a pair of jewel thieves masquerading as house painters get into a lady's apartment to elude the police is entertainingly told in this club production by the 8mm. group of the Seattle Amateur Movie Club. John F. Herman, the director, keeps the action moving, while the players discharge their roles for the most part with good humor. J. W. Crock and George Hayden contribute ably as the cameramen. Although the cutting, as with so many amateur dramas, is not as swiftly paced as one might wish, Apartment C is an engaging example of cooperative filming." Movie Makers, Dec. 1951, 411.

This film was conceived from a Seattle Amateur Movie Club contest held between the club's 8mm. and 16mm. filmmakers, who both produced a film titled Apartment C. The 8mm. group, creators of this film, was the winner of the contest (Movie Makers, Aug. 1951, 273).