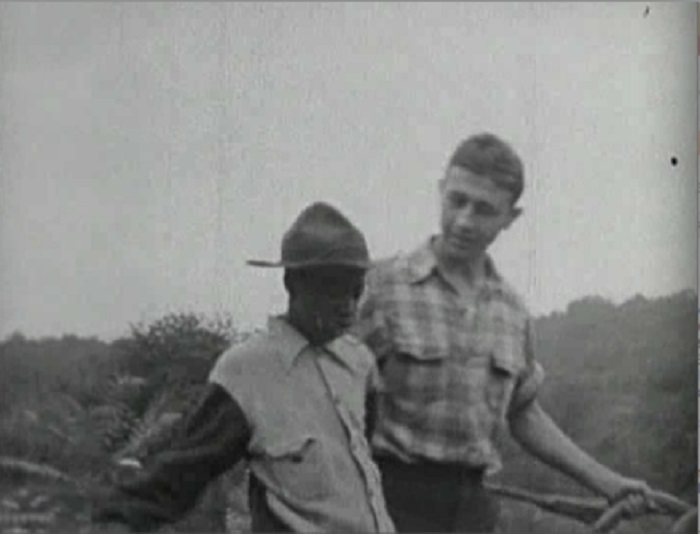 "The film was conceived of, directed, shot, edited, and hand-titled by Barstow. A staff volunteer, Barstow had recently graduated from Dartmouth College (class of 1941) when he accepted work on the farm with his wife, Meg. The “Newark Kid-Stars,” as they are credited in the film, helped to create the story and acted in the film, yet their names were never recorded." The Back Table, Archives and Special Collections at the New York University.

The Back Table NYU blog.

Barstow donated this title and three other 16mm films to the New York University Archives in 2008. This collection is referenced as the Barstow Movie Collection in the blog post "More about an Amateur Cinema League of Nations," via the Orphan Film Symposium.